As we move further into the 21st century, our means of communication have evolved. We value efficiency above all else. This is especially important in politics. When you can’t physically engage your voters, craft an effective message and distribute it to your focused audience. There are methods that work.

So, whoever first invented the form letter probably had the best intentions.

In theory, form letters allow people to quickly communicate their general stance on an issue to politicians or persons of influence without crafting it themselves. It also creates an impression for the everyday citizen that they are engaging in genuine political discourse.

Public offices are regularly inundated with identical form letters. I can count on one hand the number of times I’ve seen them modified to any significant effect. When there are hundreds or thousands of the exact same letter flowing into an office, what’s to be gained from that interaction? 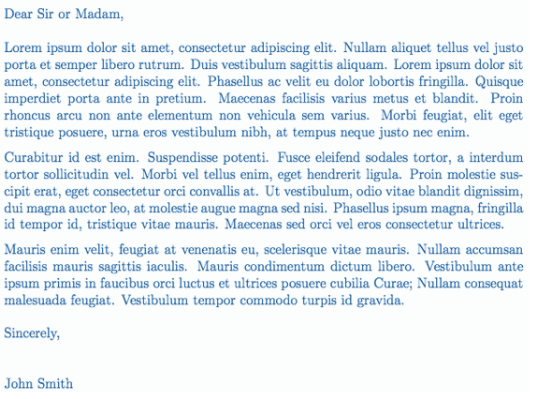 Naturally, legislative offices send out form letters of their own in response. Some offices write these themselves, but it’s far easier to rely on the form letters generated for you by your central staff.

One step forward for efficiency, and two steps back for authenticity.

Compound this with the reality that a lot of letters end up going to the wrong offices–sometimes even the wrong state.

Make that one step back for efficiency.

I’ve written countless form letters and worked with public servants looking to craft their own unique message. Their attitudes on these letters vary. Some track and tally all the letters they’ve gotten on an issue, regardless of whether those letters were original. They use it to inform their positions. But others have an attitude of: if you didn’t write it yourself, they can’t even be sure it’s actually your opinion. The impression, deserved or not, is that a person who doesn’t take the time to talk about an issue either doesn’t understand it or doesn’t really care.

There’s a good reason people love to share stories about kids writing to politicians and getting a cool response back. Public servants and their offices are more likely to engage those who write from the heart, so it’s best that the words are yours. Authenticity is always a winning strategy, whether you’re in public office or running a political campaign.

About the author: Steve Heikkinen serves as the Communications and Marketing Strategist for Grassroots Midwest, Michigan’s only bipartisan political advocacy firm.